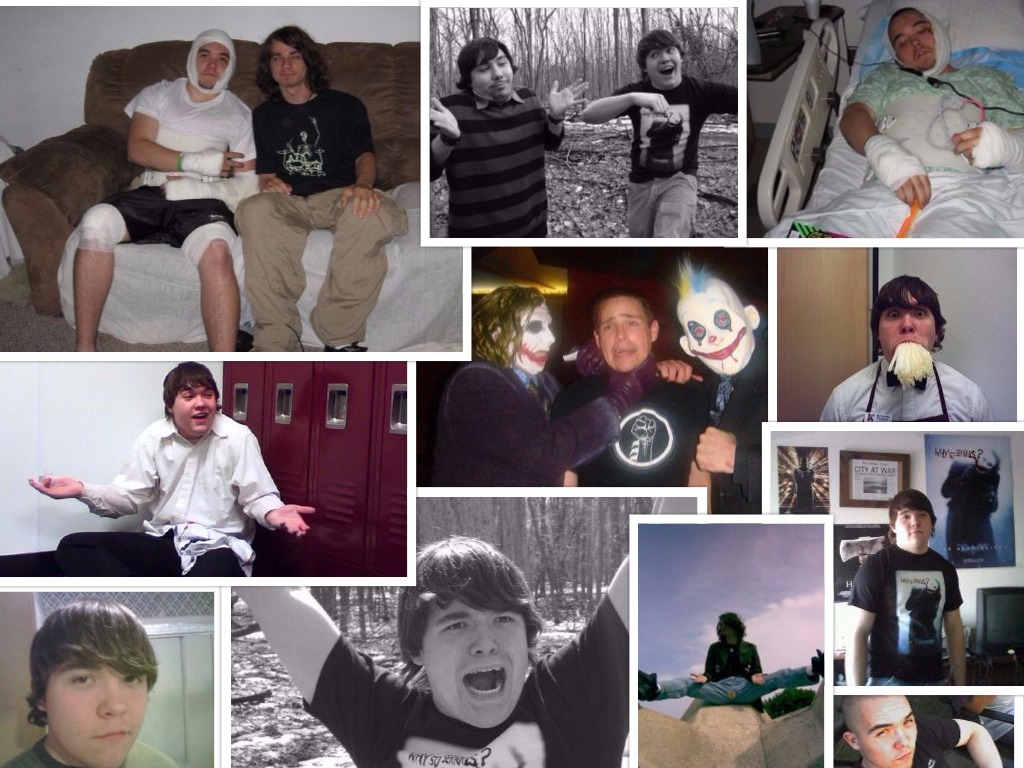 Chicago, Summer 2007. The Dark Knight was still a year away, but that didn’t stop us from running all over the city at all hours of the night, hunting for film sets. I was wrapped up like a mummy, complete with burn bandages and plastic back brace–the result of teenage stupidity telling me that car surfing after getting off work at the local movie theater would be a good idea.

We scrambled around downtown at two, three, four in the morning, me at sixteen years old, ignoring calls from my mother until the calls dropped off altogether and she let me do what I was going to do. We belted out songs as we hunted for sets. It was usually something from the Velvet Goldmine soundtrack, one of the few CDs sitting on the floor of Eric’s Jeep that wasn’t scratched to hell, having to dig past fast food garbage to get to it. One of our favorites was “Baby’s on Fire.” We had a choreographed dance and everything. We’d pretend to row invisible boats at “rescuers row row,” wiggle our arms at “blow the wind blow blow,” and click the shutters of invisible cameras at “photographers snip snap.”

We found an empty set on the edge of Lake Michigan that was cordoned off with caution tape, green screen behind it that would stand in for ferries in the movie. A security guard told us to not even think about it, but we snuck in the second he wasn’t paying attention. We found a half-full water bottle and speculated that Christian Bale or Heath Ledger could’ve drank from it. Considered putting it on eBay, but didn’t.

This was years before I’d end up going to film school, before I’d graduate from film to fiction, before I’d publish, so I took mental notes as Matt and Eric hashed out ideas for short films, did my best when I was cast in one of Eric’s shorts about two hitmen trying to figure out what to do with a dead body in a trunk, Tarantino written all over it. I played Batman in a fan film we shot in a single day, sweating to death in a slapped-together batsuit as we filmed in Eric’s sweltering basement that was meant to be an interrogation room.

I smoked my first cigarette that summer, hated it. Tried weed for the first time, didn’t hate it. I never anticipated myself doing these things, but then I never anticipated my parents getting divorced either. So I rode around with Eric in his Jeep for hours, neither of us knowing where we were going but neither of us really caring. There was that time we fell asleep in a Dunkin’ Donuts parking lot, windows open, music playing. That time we snatched a couple bikes that hadn’t been locked up and rode them down a hill that was tall and steep enough to cause serious injury if we fell off, which we miraculously didn’t.

I was invincible, as evidenced by the fact that I’d somehow survived hitting pavement at 30 mph and subsequently being dragged by a car. Right after it happened, I was covered in blood, my clothing in tatters. One of the witnesses on the scene was a guy who’d just walked out of a screening of Hostel: Part II, and the irony of this fact was not lost on me. Sure, I had to go home once a day to change my bandages, sure I had to take a shower sitting down, and sure I had to go to physical therapy, but I survived, and that was all that mattered. Nothing could stop me.

In terms of romance, it was the age of flirting over Myspace and making out in darkened theater auditoriums. My friends acted like I was a wounded puppy only when it would help me get a girl’s attention, otherwise not really bringing up my injuries, not treating me any different because of them.

Even as summer drew to a close, as my wounds healed and I prepared to go back to school and work both, we still found ourselves riding around in Eric’s old Jeep late at night, belting out the lyrics to songs by Shudder to Think, T. Rex, Brian Eno, and others, planning out our next short film in between CD swaps, wondering aloud how awesome The Dark Knight would end up being, quoting all the lines we’d heard in the trailers in the meantime.

We’d always seem to work our way back to one of the more soulful numbers off the Velvet Goldmine soundtrack, “The Ballad of Maxwell Demon.” The guitars would sweep off and into space as only good glam rock guitars could do, and we’d all belt out the opening lines together:

Got tired of wasting gas living above the planet
Mister, show me the way to earth